(formerly Hormones and Beyond)

Virtual or In Person | Albuquerque, NM

This year promises all new content with a specialized focus on breakthroughs in brain health. We’ll address the intriguing topic of inflammation and hormones as they relate to dementia. Worldwide, around 50 million people suffer from dementia, and nearly 10 million new cases are diagnosed every year. Two expert presenters will address the subject.

Hormone expert, Neil Rouzier, MD, will address several exciting articles about the emerging research related to AD treatment such as:

Bringing Dr. Rouzier’s hormone expertise as it relates to dementia paired with Dr. Sharlin’s treatment toolkit will ensure that all attendees are well positioned to prevent and improve patient outcomes in a variety of areas, including dementia.

Third, we’ll discuss the latest research to support the therapeutic use of Human Growth Hormone (HGH).

The regulatory environment for providers continues to be a high priority for this community, and what better arena to bring up relevant issues and concerns? In this part of the course, we’ll do case studies with Keith Nichols, MD, on patient documentation and medical board auditing. We’ll follow this with a lecture from legal expert, Rick Collins, on navigating the current regulatory environment.

Last but not least, Dr. Pang will be giving a prostate cancer update, and special guest faculty, Dipnarine Maharaj, MD, will explore the importance of a healthy immune system in our fight against illness. He does this by taking a personalized approach, using three decades of experience with advanced stem cell treatment and his in-depth understanding of blood and immune disorders to maximize the health and effectiveness of the body’s natural defense system.

Access: This workshop is offered in-person and/or virtually. You can choose if you would like to be shipped printed educational materials. We will also post a recording for each day that same evening. The recording will be available until Thursday of the week after the event to re-watch or catch up on anything you may have missed, but it will not be available after this time.

This activity has been planned and implemented by The Foundation for Care Management (FCM) and Worldlink Medical. FCM is jointly accredited by the Accreditation Council for Continuing Medical Education (ACCME), the Accreditation Council for Pharmacy Education (ACPE), and the American Nurses Credentialing Center (ANCC), to provide continuing education for the healthcare team.

This activity was planned by and for the healthcare team, and learners will receive (19.25 hours) Interprofessional Continuing Education (IPCE) credit for learning and change.

21st Century Neuroscience: The Brain and Brain Health
The evidenced-based scientific foundation for the clinical application of the principles you will learn in Part 2 of my lectures.

● Current paradigm of disease-centered medicine, advantages, and disadvantages.
● Review patient-centered models as an alternative therapeutic strategy in chronic disease management as well as neurological health and disease.
● Discuss the normal process of the aging brain which creates inherent limitations with a lifestyle-only approach.
● Additional considerations around hormone changes with age and how this affects the brain and cellular senescence.

● The viewpoint of Alzheimer’s Disease as “type 3 diabetes” and a direct result of both insulin resistance and hyperinsulinemia, including a literature review on how to resolve both.
● Warning signs of AD in its earliest stages before the full-blown disease manifests (don’t wait for the house to burn down before trying to put out the fire!).
● How to diagnose pre-AD that occurs 30 years before clinical disease becomes manifest.
● Discuss the EBM treatments of AD despite claims from experts that there is no treatment for AD. AD is a multifactorial disease. There are multiple treatments for the many proposed causes.

Alzheimer’s Disease (AD) and its treatment is a controversial subject among medical
professionals. During this portion of the summit, we will apply critical thinking and
research to address the following questions:

● Is it really the beta-amyloid protein that is the cause of dementia or is it an adaptive innocent bystander of a different disease process? If it is the former, then why do some patients with significant build-up of beta-amyloid plaque not get symptoms of dementia?
● Could tauopathy be the real pathology behind AD that incrementally increases the deposition of beta-amyloid protein? If so, is neuro-inflammation the source of the tauopathy? How do we stop this neuro-inflammation?
● Is it the insulin resistance (IR) induced microglial dysfunction that prevents the clearing of the tauopathy that then prevents clearing of the neuro-fibrillary tangles and beta- amyloid protein?
● If all of these factors contribute to the development and progression of dementia, then what is the most common cause of AD demonstrated to result in the above mechanisms?

● What to do for the mitochondrial dysfunction associated with AD?
● What to do with APOE ε4? What causes the pathology of this genetic defect and what can be done to treat this genetic trait?

● The treatment for APOE ε4 trait is no different than for anyone else that has the usual risk factors for AD.
● What is the work-up for pre-AD? How much money should be spent testing for AD, spinal fluid analysis, and PET scans?
● Review the most common causes of AD. How much more money should we throw at monoclonal antibody research vs. preventing the causes?
● A quick review of why there is a continual increase in risk of CVD, DM, NAFLD, NAFPD, AD, vascular dementia, and cancer. Can’t we see the elephant in the room?

● Side effects, problems, complications, and restrictions of aducanumab. For example, no hormone causes brain swelling or intracranial hemorrhage as does aducanumab.
● Should we focus more on preventing Alzheimer’s Disease based on EBM than trying to reverse it with some costly medication that is consistently ineffective? What medicine should we be using?
● Connecting the dots as the disease is multifactorial (Stop ignoring the elephant in the room!)
● Ways to improve microglia dysfunction/autophagy induced by inflammation and mitochondrial dysfunction.
● Why hormones hold the key for treating and reversing type 2 diabetes and type 3 diabetes which are the greatest risk factors for AD.
● How to increase the risk of AD. Rather, what drugs do we prescribe to patients that increase the risk of AD?

● How to prevent collateral damage? What happened to “Do no harm?”

● Review a plethora of data demonstrating how E2 reverses the multifactorial pathology of AD and VD.

● Can AD be reversed? Can dementia symptoms be improved?
● Review FDG-PET scan results of BHRT in contrast to SHRT.

What do health care providers need to know about prescribing testosterone and other drugs to treat deficiencies or improve patient quality of life in a wellness practice?

21st Century Neuroscience: Translational Medicine
Applying the Principles from the Part 1 lecture provides practitioners with a framework of how these ideas can be applied in clinical practice today
● Introduce principles of neurology and functional medicine.
● The five pillar system of the brain tune up program.
● How to get started on Monday morning.

Alzheimer’s Dementia & The Role of Hormones

● Why aducanumab (Aduhelm) doesn’t hold a candle to E2 for prevention, reversal of the disease, and clinical improvement of both AD and VD based on the literature.
● An evidenced-based review on how to prevent AD, treat, and reverse AD that no one knows or understands. Enter testosterone, HGH, and DHEA.

● Why so many studies demonstrating prevention and reversal of dementia with hormones are ignored in favor of monoclonal antibodies. Aducanumab has not been proven effective to improve symptoms, and why it is not effective. Review of the generous and impressive data demonstrating the improvement in clinical symptoms with hormones in outcome studies.
● How and why estrogen can increase the incidence of AD. How and why estradiol (E2) can increase the risk and incidence of AD. Review why the researchers/experts/academicians don’t get this right. Why you need to understand this.

● Function of neurosteroids as regulators of neuroinflammation.
● How testosterone and its metabolite, E2, reverse both vascular plaque and neuronal beta-amyloid plaque in both men and women.
● The best type of doctor/specialist to prevent AD will be whoever diagnoses and treats IR as well as whoever understands hormone optimization.
● Why testosterone is the best drug for curing type 2 & type 3 diabetes in men.
● Deciding what testosterone level is optimal. Try not to look at guidelines, rather, follow IR parameters.
● A review of outcome studies and what they reveal: testosterone improves memory, cognition, and clinical symptoms in patients with AD.
● A review of outcome studies that demonstrate improvement of dementia symptoms by reversing IR and visceral fat, whereas aducanumab did not improve dementia symptoms. The deeper question is: why are these studies ignored?

Other Effective Drugs For AD Reversal

● Review of HGH and its affect on weight loss, IR, CVD, and AD.

● Review of another drug proven efficacious in reversing the microglia dysfunction and improving phagocytosis by macrophages in patients with AD: melatonin and its role in the circadian rhythm, weight loss, the metabolic syndrome, and dyslipidemia. What we did not realize about melatonin is impressive.

● Why HGH is the third best drug to prevent/reverse AD.

● The use of IGF-1 and IGF-BP3 in the prediction and treatment of AD.
● A review of outcome studies on drugs that reduce VF, body weight, DM, and MS, all that are risk factors for type 2 diabetes.
● Ways to reverse IMT and plaque scores in order to reduce the risk of vascular dementia.

● The legality and cost of prescribing HGH (it’s not illegal but it is expensive!)
● Guidelines for HGH testing and diagnosing hormonal deficiency (and why to avoid whenever possible).

● FDA approval of growth hormone use vs. off-label use. It is no different than testosterone.
● Prescribing HGH for off-label use (both legal and appropriate) and the importance of medical reasons/symptoms that are necessary for good documentation.

● The paradox of HGH: The test to diagnosis a deficiency is not the test utilized for monitoring and adjusting therapy.
● Medical/Legal review and guidelines such as:

● Prescribing, dosing, monitoring, adjusting, troubleshooting, and laboratory analysis.
● An evidenced-based review demonstrating how to utilize HGH to prevent, treat, and reverse CAD, CVD, DM, MS, osteoporosis, cancer, AD and any other metabolic-related disease.
● Why Growth Hormone does not cause diabetes; it protects against it.
● An EBM review of when HGH increases BS and when it reduces BS.
● Why Growth Hormone does not cause cancer; it protects against it based on multiple meta-analyses.
● Understanding the balance between IGF-1 and IGF-BP3.
● HGH does not reverse aging (as one study alluded to), but it has shown to protect against diseases of aging by lowering visceral fat and increasing muscle mass, as we will review.
● Review of the most recent summary paper on HGH.
● Supply and demand, cost and availability.
● Secretagogues and tachyphylaxis. 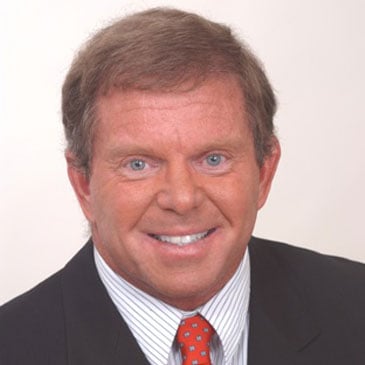 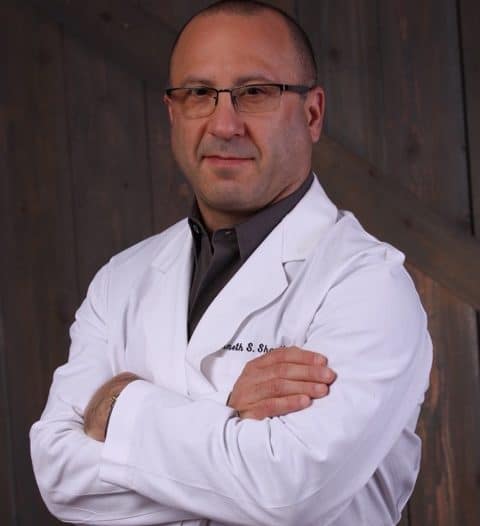 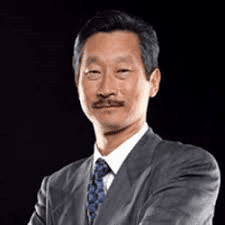 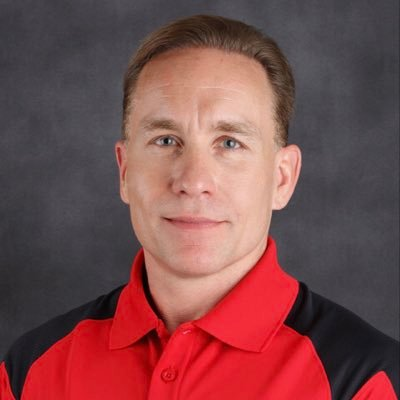 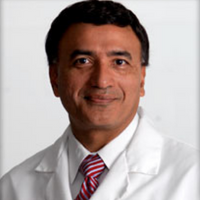 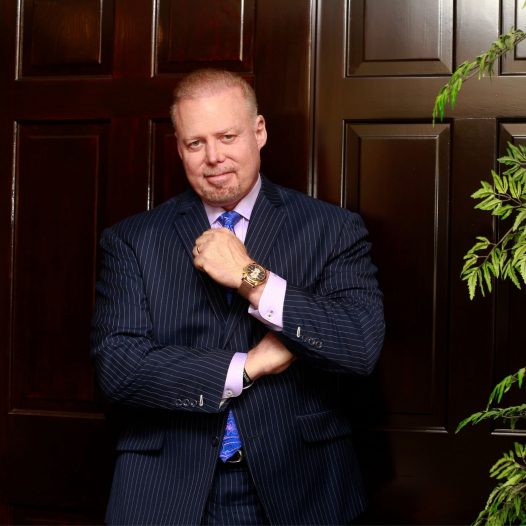 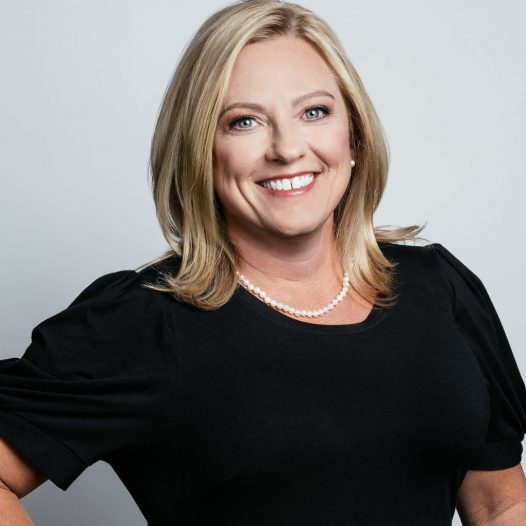 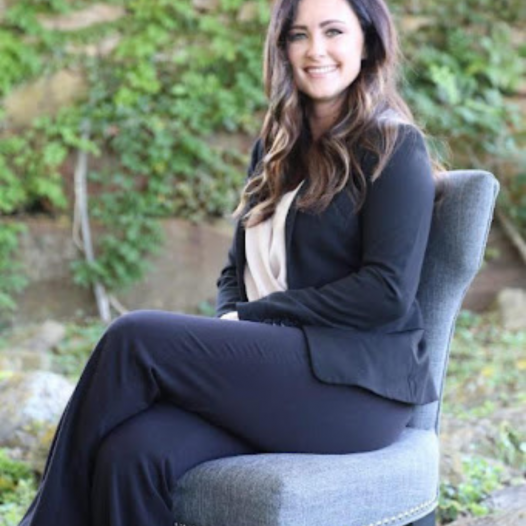 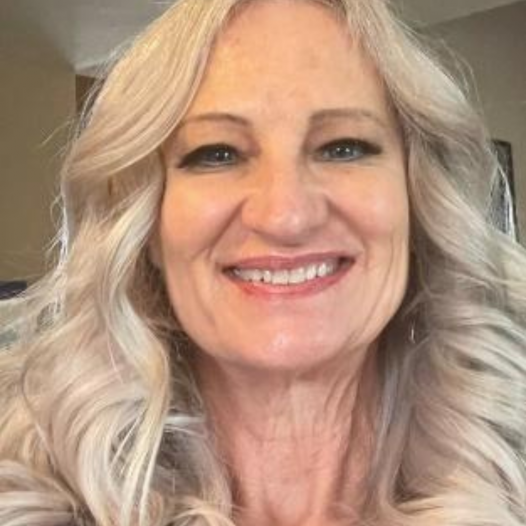 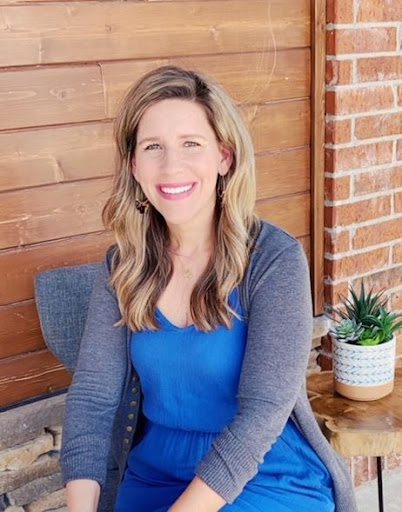 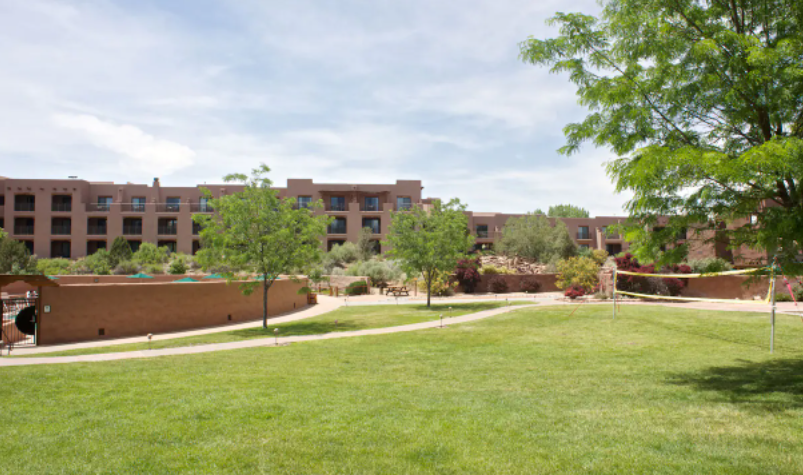 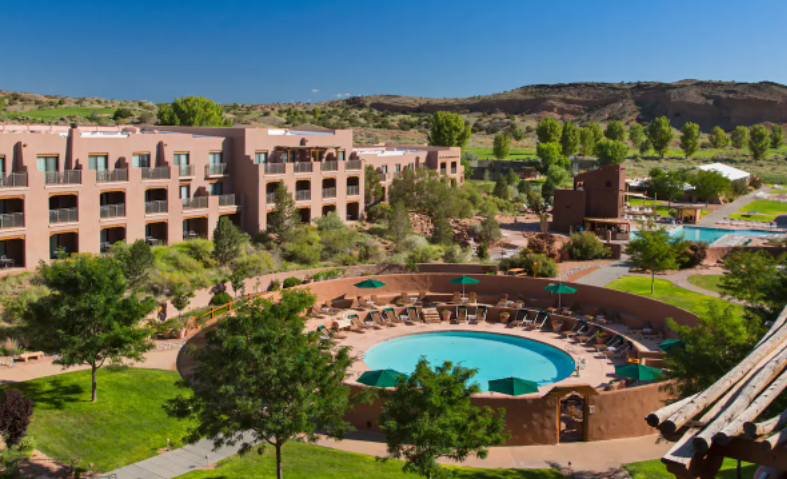 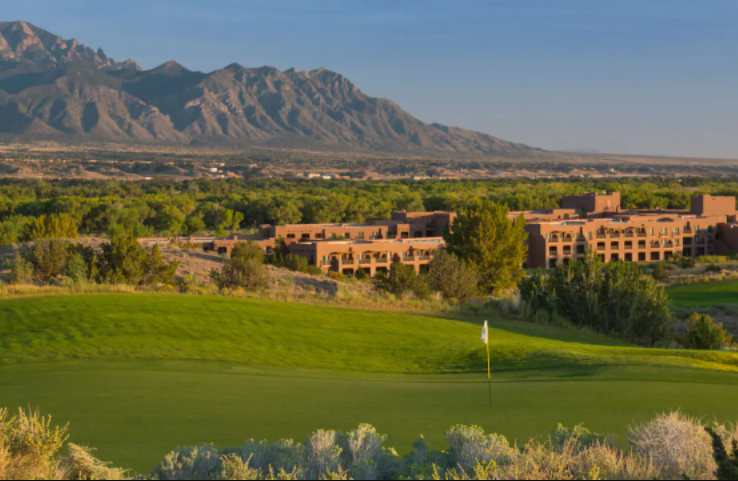 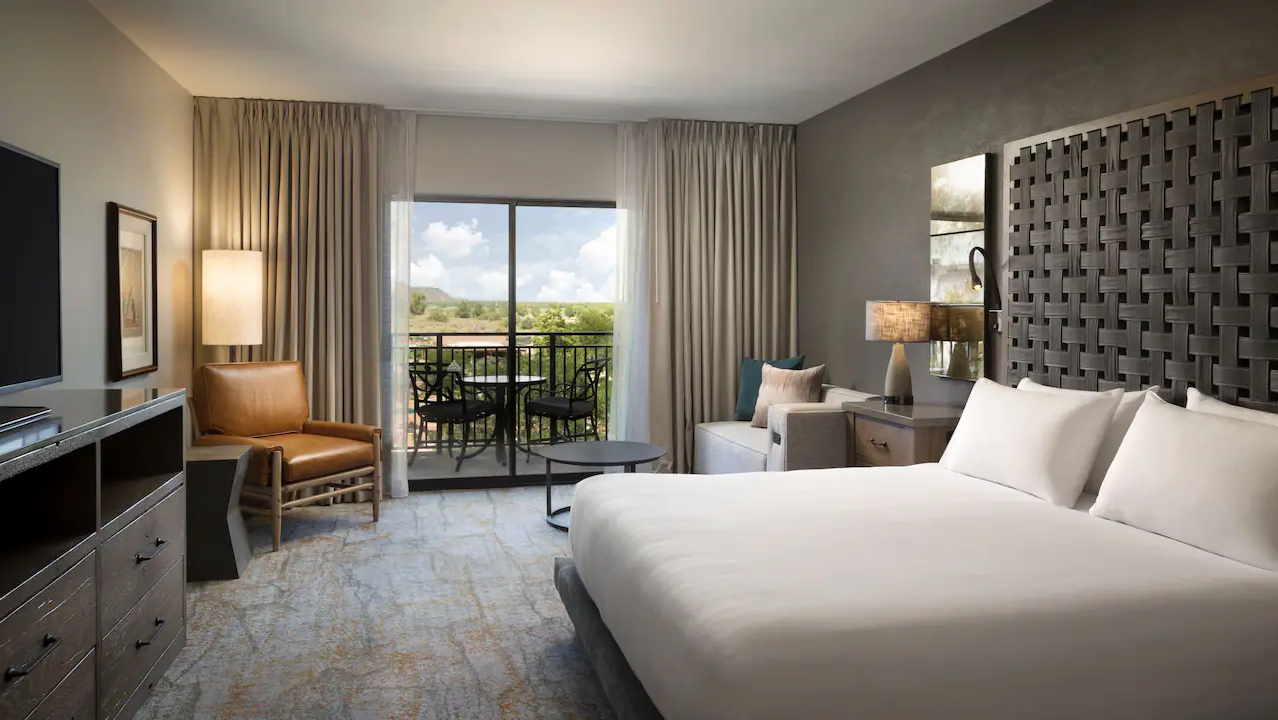 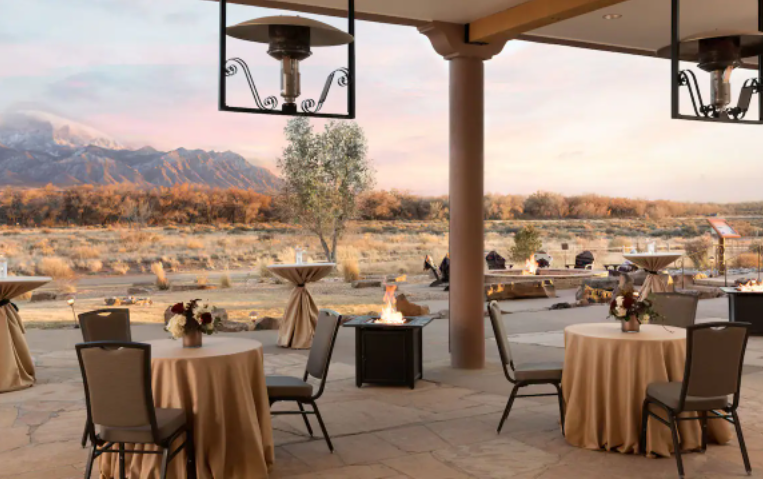 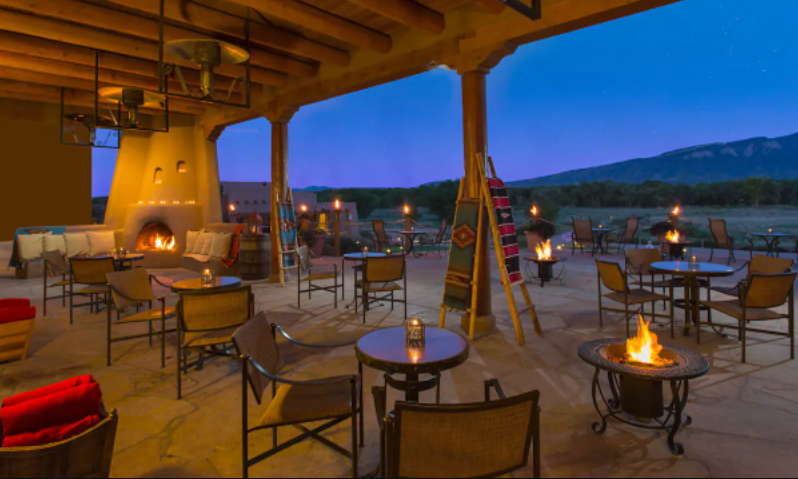 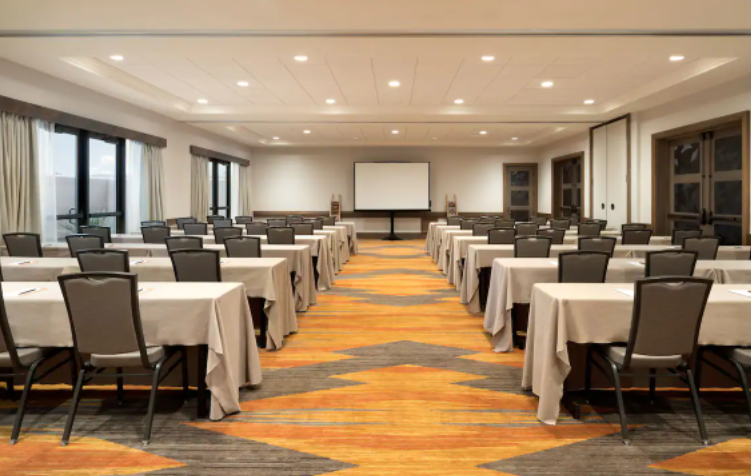 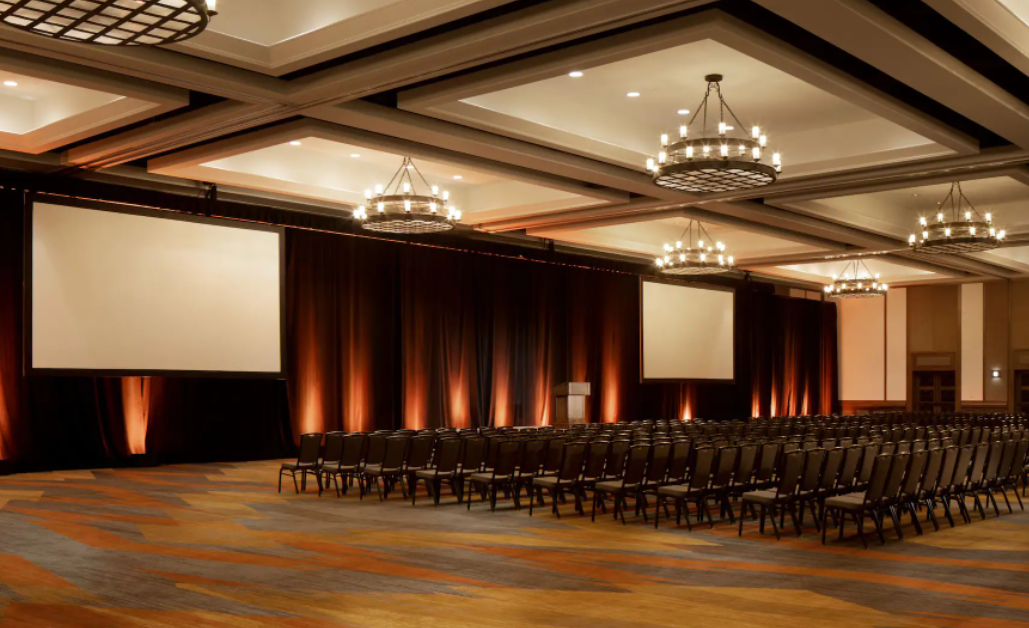 The room block has expired

If you are in need of a room contact [email protected]

Who is this summit for?

If you’re visiting our webpage or were referred to us, then we most definitely feel this summit is for you! This year’s event promises all new content with a specialized focus on breakthroughs in brain health. Not only by attending will you be able to connect deeply with our 6 speakers, but you’ll also be able to better connect with all your fellow colleagues – virtually or in person. We hope to see you in attendance. You won’t want to miss our 7th annual academic summit!

Does it matter whether I attend virtually or in person?

You should attend the summit any way you can. If you have a choice, it is preferred to come in person. In this way, you will receive deeper support from speakers, as well as be able to better connect with your colleagues. However, if you can only attend virtually, we certainly understand, and your experience will be just as enriching. You’ll  have access to our live Q&A session during the conference, as well as to recordings for 2 weeks post conference. We are also there for support after the summit ends, and able to answer questions as they come up for you.