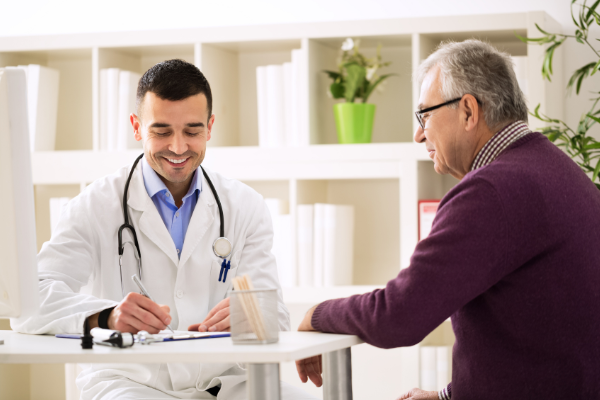 We have now discussed several etiologies behind Alzheimer’s Dementia. We know that a healthful lifestyle, including maintaining a healthy weight, are important factors correlated with lower AD risk. Many of the pathways that contribute to AD are unique from each other, but what all of them share is that they originate from something going wrong in the body. A malfunction of some sort (reduction in autophagy, cellular damage, disrupted glucose usage in the brain, improper clearance of toxins from the glymphatic system, etc.) is what ultimately leads to ensuing cognitive dysfunction.

What is lesser known is that the natural decline in the substances our bodies produce endogenously can also contribute to health issues, including brain and memory problems. These substances are hormones. As you probably know, hormones are incredibly important chemicals in the body that communicate messages between one gland and another, or the brain to a specific organ or gland. When these hormones are no longer produced or not produced in adequate quantities, they affect every system in the body, including the brain and nervous system.

Fortunately, the same chemicals our bodies produce endogenously can be safely replaced using bioidentical hormone replacement therapy. Unlike synthetic hormones like Premarin and Provera, bioidentical hormones are derived from natural sources like yams and soy. They are then purified by scientists to match exactly what human endocrine glands produce. They have not been shown to produce any of the negative effects seen with synthetic hormones that were demonstrated in the The Women’s Health Initiative Hormone Therapy Trials (WHI) that changed much of the country’s view on hormones.

This trial exclusively looked at estrogen and progestin, both synthetic substances. Subsequent studies on estradiol and progesterone (the natural, bioidentical forms) did not replicate the trial results. In fact, they have overwhelmingly shown the opposite, that bioidentical hormones did not lead to increase in health risks, such as heart attacks, strokes, or breast cancer, and provided great benefit extending far beyond mere hot flash symptom management. This is enlightening because unfortunately, many providers and patients came to the erroneous conclusion that all hormones were “bad” as a result of the WHI trial, but the trial did not assess bioidentical hormones.

Furthermore, the argument that bioidentical and synthetic hormones must be assumed to be the same is nonsensical and flies in the face of evidence-based research showing us they are indeed very different. Firstly, they are different chemically. Synthetic hormones have a chemical structure that differs from what occurs naturally in humans and these differences, no matter how minor, produce major differences in their effects. For example, H20 and H2O2 are chemically very similar in structure, with the difference of one additional oxygen atom on H202, but if you drink hydrogen peroxide, you will become sick. This similar analogy could be said of bioidentical versus synthetic hormones. No matter how similar in makeup they are, they are not identical, and thus, they are not the same and should not be viewed as such.

Second, if bioidentical hormones exactly match what a person produces naturally, and indeed it does (bioidentical estradiol is exactly the same, atom for atom, as what a human ovary makes), then it makes no sense that this would be harmful. We would never say “take out the ovaries because they’re making estradiol” when we know this is the role, and indeed an important one, of the ovary. But few pause to consider the antithesis: what are the consequences when our endocrine glands do not function properly anymore, or even if they are functioning properly, but the cells are not binding to them, and thus are not permitting the signal transduction that allows the hormones to enact their desired effects?

In truth, what happens in the “natural” aging process is no different from what happens if a woman’s ovaries are removed before menopause or if the thyroid gland isn’t functioning due to thyroid disease or pituitary disturbance; the only difference is that the patient is older. When hormone replacement is assessed through that lens, the answer to the question of whether to treat someone in menopause or andropause becomes pretty straightforward.

Hormones and The Brain

As aforementioned, hormones play a vital role in maintaining brain health, both directly and indirectly. Indirectly, hormones such as estradiol, progesterone, testosterone, and thyroid hormone have been shown to powerfully influence metabolism, lipolysis, and metabolic rate. As we know, obesity and dyslipidemia are among the major risk factors for AD. Fitter, leaner individuals who do not carry excess body fat or have its associated health consequences (hypertension, dyslipidemia, diabetes, etc.) are less likely to develop AD. Although we don’t know exactly why that is, we do know that homeostatic imbalance such as high blood sugar places tremendous stress on the body and contributes to oxidative stress that could alter the brain and other organs over the long haul; it is not particularly difficult to deduce a connection there.

Of course, metabolic rate, like all bodily functions, decreases with age, but does it have to? That is the real question. And if we can maintain a healthy metabolic rate and low adiposity/visceral fat, can we protect the brain? According to much research, we can!

The Possible Role of Estradiol in AD

Firstly, estradiol has been shown to improve metabolic health, enhance mitochondrial function, and reduce inflammation, all risk factors for metabolic syndrome and thus Alzheimer’s Dementia (1). By replacing estradiol, the improvements in metabolic health could indirectly reduce the risk of AD.

Estradiol also has direct effects on the brain. There are several studies to validate this which will be discussed in greater detail at our 7th Annual Academic Summit: Breakthroughs in Brain Health, CVD, and Autoimmunity. One recent, large retrospective analysis performed using a 10-year pooling of Humana’s claims database published out of Alzheimer’s & Dementia: Translation Research & Clinical Interventions, showed that in 379,352 women (both with and without records of hormone therapy usage), the use of hormone therapy was associated with a significantly reduced risk for a variety of neurodegenerative diseases (including Alzheimer’s Disease, Parkinson’s Disease, Dementia, ALS, and MS) (2). It also showed that formulations containing a combination of natural steroids (17-beta estradiol and/or progesterone) had a greater associated risk reduction for neurodegenerative disease (2).

This is a powerful finding, particularly because the analysis was done on such a large population of nearly half a million women. Now, of course, being a retrospective analysis and not an interventional study, we cannot draw causation, but this analysis certainly suggests that there is a strong link between hormonal status and risk of neurodegenerative disease that needs to be continually explored with interventional studies, and indeed, researchers are doing just that.

The importance of estradiol on long-term brain health and AD risk is further supported by studies that show the negative effects that occur when the ovaries are prematurely removed. A recent study out of JAMA Network Open said, “Women who undergo bilateral oophorectomy before menopause have increased odds of mild cognitive impairment (MCI) and poorer cognitive performance about 30 years later according to a study published online Nov. 11 in JAMA Network Open” (3).

Having MCI increases one’s risk of AD, so this finding is not benign.

The Possible Role of FSH in AD

A lesser-known hormone that could play a role in AD is FSH. As we know, Alzheimer’s Disease has a higher incidence in older women who are in the menopausal transition (4). FSH levels also become greatly elevated during menopause. Interestingly, inhibiting the action of FSH has shown to reduce body fat, enhance thermogenesis, and even lower cholesterol levels in mice (4).

A recent study showed that FSH acts directly on the brain (hippocampal and cortical neurons) to accelerate deposition of beta amyloid and tau, key risk factors for AD (4). In mice, this process appears to impair their cognition and mimic features of AD (4). Even more profound, blocking the action of FSH in mice leads to the regression of AD (4)! Based on this data, it is suggested that there is indeed a causal role for the rising serum FSH levels playing a role in AD pathophysiology during menopause (4). Beyond this, there could be a way to treat AD, obesity, dyslipidemia, and osteoporosis by simply utilizing an FSH-blocking agent (4).