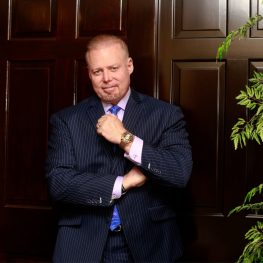 Rick Collins has defended a wide variety of federal cases over his decades as a criminal defense lawyer. Known as a zealous advocate in court, his approach with his clients is caring and attentive. Rick strives to make every client feel like their case is his highest priority, and his client testimonials support that!

Rick has defended against criminal accusations in federal courts throughout the country, and he is admitted to practice in New York, Massachusetts, Pennsylvania, Texas and the District of Columbia, along with various federal courts in other states pro hac vice. He has successfully defended countless cases involving anabolic steroid importation, manufacturing or trafficking. He was appointed by the National Association of Criminal Defense Lawyers to testify about proposed anabolic steroid sentencing guideline revisions before the United States Sentencing Commission in Washington, then invited to be part of the Commission’s working group to evaluate steroid guideline changes. He has litigated complex issues involving the federal Analogue Act and has handled many DEA and FDA matters involving illegal dietary supplement products, drugs sold as “research chemicals,” artifacts related to endangered animal species, and other atypical matters in the federal courts. He travels from coast to coast in defense of his clients. He and his legal team also handle the day-to-day legal and regulatory needs of dietary supplement, sports nutrition, and natural product brands from coast to coast as outside general counsel.