Prescribe, Practice, and Reappear for BHRT Part I 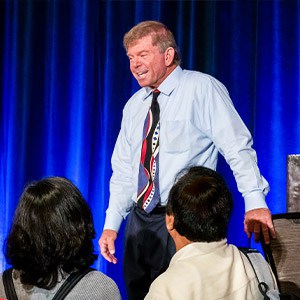 Prescribe, Practice, and Reappear for BHRT Part I

At the last Part 1: Discover the Power of BHRT, I introduced to all the new attendees, all those in attendance that were repeaters from past courses. The intent was to utilize those past attendees as a resource so that the newbies could ask them questions, which is one of the perks of attending the course “live.”

When I introduced Jerry Morris (emergency doc), I queried him as to why he has attended so many WLM courses. He stated that he always learns something new at every Part I. He is also interested in all Part 1 updates which I do for every course. He went on to say, “Plus I need the CME and what better way to obtain it.”

Recently I met up with a past attendee, who is a urologist, that relayed an interesting story. He stated that he had been prescribing testosterone for years to his patients, using only commercially available testosterone products. Then one of his colleagues, a WLM attendee, told him that what he was doing was all wrong and not doing his patients any good. He was taken back by this as his colleague was also a best friend, yet he took offense that his best friend was telling him how to practice medicine. He relates that he took the bait and attended Part I and has not looked back, now understanding what optimization truly means. He goes on to explain the unbelievable results that he now experiences that he had never seen in the past. And now he is trying to explain optimization to his other partners that do not understand, just as he did not understand.

“Afterwards, she graciously thanked me for ‘making’ her retake Part I as she did not understand/remember what she thought she understood from the original Part I course.”

A clinician contacted me through the WLM forum. After answering her numerous remedial questions that one should not have after attending the WLM courses, I finally broke down and asked her if she really had attended a Part 1: Discover the Power of BHRT. She stated that she had attended a Part 1 course, but admitted that it had been well over 10 years since she attended Part I. In the nicest way possible (which is really difficult for me), I suggested that she retake Part I again as her treatment regimens and thought processes were way off base. (Oral E2 does not cause blood clots, nor does it increase breast cancer risk). Afterwards, she graciously thanked me for “making” her retake Part I as she did not understand/remember what she thought she understood from the original Part I course.

We used to track course attendance and discovered that nearly 50% of Part I attendees have returned to take Part I again. And nearly 25% of attendees have taken it more than twice. There was some interesting discussion at the last Part I in January in that many attendees agreed that I was very repetitive in the lectures, but conceded that it was not until they heard me address an issue for the tenth time, that it finally sank in. Sometimes it takes a while to grasp a concept. Others would comment that they missed something in the first course (somehow) but then caught it the second time around. There is so much material to cover in Part I that I am not surprised that folks miss things. There is so much material that I want to cover, and that I want you to know and understand. Unfortunately, in order to accomplish this, I have to move quickly through the material for which there is just not enough time. It is a daunting task to cover all the material (expeditiously), be repetitive, review case studies, and summarize. No wonder that folks don’t catch it all the first time around. That is why we encourage clinicians to prescribe and practice for a while and then return once they have some experience under their belt.

And for those of you that have not been around for a while, there is an addition to the WLM team to assist in providing a prime CME experience. Since COVID, we have gone to virtual training whereby one can view the courses from the comfort of their own couch at home. That’s nice, however the home viewers were unable to participate in break discussions that I have done from the inception of WLM. To remedy that, we have added Dr. Herman Pang who is a cardiovascular surgeon, but one that “gets it.”

CLICK HERE TO LEARN MORE ABOUT THE UPDATED PART 1: DISCOVER THE POWER OF BHRT

The CVD and Cancer Insanity Cycle : What Should we do if What we are Doing Isn't Working?