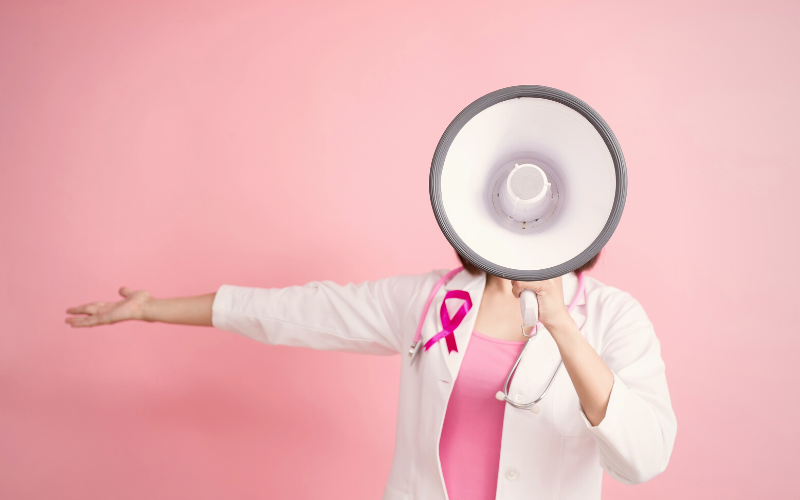 If you’ve taken any of Worldlink Medical’s CME courses with Dr. Neal Rouzier, you’ve learned about the hornet’s nest of controversy over prescribing hormones to women in menopause that’s been stirred up over the past two decades. You may be familiar with the landmark 2002 study, The Women’s Health Initiative but you may be a little confused on the results and actual implications of the study results vs what the media reports.

That study had a major impact on the prescribing of hormones and, even more dramatically, on women’s willingness to take hormone replacement therapy. The WHI was stopped early, in 2002. Preliminary results were initially announced through press release and press conferences, rather than through articles in peer-reviewed scientific journals.

The most alarming statistic to come from the WHI was the contention that women taking HRT had a 26% increased risk of breast cancer over women who weren’t on hormones. Headlines in the lay media took hold of that terrifying number and ran with it, creating mistrust and fear in women (and healthcare providers) that has reverberated since.1

There it was . . . the last word on HRT. “HORMONES CAUSE BREAST CANCER” (according to the WHI)

Careful evaluation of the WHI leads thoughtful practitioners to question this statement, which has become conventional wisdom in the past couple of decades. The reality is much less frightening, if equally dramatic.

The Conclusions of The WHI Are Completely Wrong

The data in the WHI does not show HRT to increase risks for invasive breast cancer.

We need to understand several key points regarding the WHI in order to untangle the truth from what the primary investigators have reported.

Patients Treated in the WHI

Let’s take a look into the patient population in the WHI.

The women recruited to complete the study were, on average, 63 years old. That’s about 12 years past the average age of menopause, 51. That means that very few of these patients were experiencing the symptoms that HRT would be prescribed for in the first place. The researchers specifically excluded patients who had moderate to severe hot flashes, on the grounds that these patients would easily see through double blinding and guess whether they were on the hormone treatment or placebo.

Because these patients were significantly older than women entering menopause, they also had multiple health issues that are associated with advancing age. About 35% of them were overweight. 34% were obese. 36% were hypertensive. Nearly 50% reported a history of smoking.2 The health status and age of the patients may have contributed to any untoward effects of the treatment provided in the study.

The poor health of a significant portion of WHI participants is ironic, considering the title of the final report, which refers to “Healthy Postmenopausal Women.”

Hormones Used in The WHI

The specific hormones used in the Women’s Health Initiative were widely accepted as the standard of care at the time of the study.

The estrogen used in the WHI was conjugated equine estrogens. This estrogen combination was used in menopausal women since it was developed in the early 1940s by Wyeth-Ayerst. The specific estrogens in conjugated equine estrogens are somewhat of a mystery. Wyeth (now Pfizer) has been able to keep the exact composition a ‘trade secret” for decades. The pharma giant successfully blocked a “citizen’s petition” to the FDA to clarify its ingredients in 1996.3,4. There are at least 10 distinct conjugated estrogens in the horse urine preparation.5. Several of these estrogens are not found in human females and their safety and efficacy as individual drugs has never been studied. It’s obvious that a mixture of hormones derived from horse urine would likely be contaminated with an untold number of by-products, hormones and kidney-metabolized waste.

In the past all estrogens were widely considered to have the same risks and benefits. All progestins were similarly considered equivalent. The evidence accumulated after nearly 2 decades since the study points to major differences between specific hormones, both in safety and effectiveness.7,8,9,10,11,12

A single sentence, or more precisely, a single word, from the Women’s Health Initiative findings, telegraphs what’s wrong with the study.

“The 26% increase (38 vs 30 per 10,000 person-years) observed in the estrogen plus progestin group almost reached nominal statistical significance and, as noted herein, the weighted test statistic used for monitoring was highly significant.”13(emphasis added)

This sentence clearly states that the “26% increase” in breast cancer incidence seen in the WHI did not reach statistical significance. It almost did.

“THE 26% INCREASE (38 VS 30 PER 10,000 PERSON-YEARS) OBSERVED IN THE ESTROGEN PLUS PROGESTIN GROUP ALMOST REACH NOMINAR STATISTICAL SIGNIFICANCE…..” WHI WRITING GROUP

Study investigators chose to emphasize relative risk in their conclusions, highlighting a “26% increase” in risk that appears to be dramatic and frightening. The reality is that relative risk is just that, relative. The absolute risk is also found in the same sentence. “(38 vs. 30 per 10,000 person-years) . . .” The absolute risk of breast cancer was increased in the estrogen+progestin group by 8 breast cancer cases out of 10,000 women. That’s an absolute increase of 0.08%, much less dramatic sounding than the 26% emphasized in the study conclusions.

Again, this 26% increase in relative risk was not statistically significant, according to the researchers who wrote the study results.

That means there is no valid statistical argument from this study that conjugated equine estrogen plus medroxyprogesterone increases the risk for breast cancer and any increase would have to be considered coincidental. The investigators also concluded that there was an absolute decrease in breast cancer incidence in women taking only conjugated equine estrogens. Multiple evaluations of the WHI data since the original publication have confirmed the weakness of the association between HRT and breast cancer risk.

A Fearful Message With Devastating Results

This post is not intended as a comprehensive review of every aspect of the Women’s Health Initiative study. Many qualified scientists have rightly criticized the study and the outrageous conclusions drawn by investigators.14 Others have taken these conclusions at face value, disseminating a message that hormone replacement is something to fear. That message has had devastating results on millions of women denied safe, effective treatment for life-changing menopause symptoms over the past two decades.15,16

If you’d like to understand more about the nuanced interpretation of The Women’s Health Initiative, consider attending Part I: Discover the Power of BHRT – the first course in the Mastering the Protocols for Optimization of Hormone Replacement Therapy. In this AMA accredited CME course, Dr. Neal Rouzier goes into much greater detail about the WHI and the conclusions reached by researchers. Attendees will discover the controversies and the political intrigue that has cast a shadow over hormone replacement for the past two decades. Attendees will also discover the benefits of hormone optimization in reducing long-term health risks, including breast cancer, as proven by hundreds of valid studies showing actual statistical significance.

Make a Difference in Patient Wellness with Hormone Therapy

Hormone Facts You Should Know