What is BHRT and 5 ways it Could Benefit Your Patients

What is BHRT and 5 ways it Could Benefit Your Patients

Previously, we discussed how patients are taking more medications and experiencing an endless conundrum of health issues. The systemic failure to address the root causes of disease is a huge part of the problem. Along with the proven benefits of a healthy diet, exercise, and stress management, we can greatly improve health outcomes by utilizing another evidence-based strategy: bioidentical hormone replacement therapy, or BHRT.

BHRT works by supplementing the same, natural chemicals the body produces naturally that decline with age. By replacing these lost hormones, many of the conditions brought on by aging may be prevented or corrected.

Bioidentical hormones are not the same as synthetic hormones, such as Premarin and Provera, which are derived from animals, such as horses. Although animal hormones share some attributes in common with human forms, there are still many differences at the molecular level. Many of these differences have unknown effects on humans; therefore, it is not possible to equate synthetic hormones to corresponding human forms.

On the contrary, bioidentical hormones are synthesized from natural plants such as yams and soy and are altered in the lab to identically match what human endocrine glands produce. For this reason, they are felt by many experts to be much safer alternatives.

Benefits of Hormone Replacement for Patients

A brand new 2022 meta analysis of 29 RCTs published in The Journal of North American Menopause Society, involving nearly two thousand perimenopausal and menopausal women, concluded that compounded hormones  was not associated with altered lipid profiles or changes in glucose metabolism, which are both preludes to cardiovascular disease (1). The meta-analysis also suggests that compounded hormones offer high efficacy. According to the same study, “Despite the variations in absorption from different types of compounded hormones, routes, and strengths, the trends were consistent with published data from FDA-approved products.”

Beyond proven safety and efficacy, there are some phenomenal cardiovascular and heart-related benefits cited in the literature. Here are just a few:

Higher serum free testosterone is associated with a reduced risk of carotid atherosclerosis determined by ultrasonography in diabetic men (2).

Hormone replacement therapy may reduce risk of CHD for females as well. Even when taken later in life, oral E2 (beta estradiol) can decrease insulin resistance. No plaque rupture was induced either (5). E2 decreases common carotid artery intima media thickness on dose of 1 mg per day +/- Pravastatin, if LDL > 160 (6).

Somewhere between 14-58% of elderly people who experience a hip fracture die within a year of their injury (7). This is a very unfortunate statistic, as research demonstrates that osteoporosis and osteopenia may not be destined parts of aging.

For example, according to one study published in the journal of endocrinology and metabolism, DHEA replacement markedly increased hip bone mineral density in older patients by increasing available serum E2 (estradiol) (8). Another study showed that estrogen deficiency seems to be a leading cause of not just female, but also male osteoporosis (9). Other studies demonstrate a rapid loss of hip fracture protection in patients that discontinue their estrogen (10). Apart from the large bones like the hip and femurs, osteoporosis also worsens dental health, increasing risk for tooth loss and periodontitis. In one study, estrogen replacement users experienced significantly less tooth loss as well as rates of edentia compared to non-users (11). They also reported lower denture usage (11).

Proper hormonal balance is essential for brain and mental health for both men and women.

According to a 2016 article, many patients suffer from “subclinical hypothyroidism” also known as “thyroid hormone resistance” (15). Due to receptor site resistance or poor conversion of T4 to active T3, patients manifest symptoms of low thyroid function such as cold hands and feet, sluggish metabolism, brittle hair and nails, depression, and fatigue, despite normal TSH levels. The same article states, “Mutations affecting thyroid hormone cell membrane transporters and thyroid hormone metabolism have now been described….the concept of syndrome of reduced sensitivity to thyroid hormone is used to encompass any defect causing reduced effectiveness of the thyroid hormone (15).”

Unlike conventional therapies that only address primary (high TSH) hypothyroidism, hormone replacement therapy addresses subclinical forms, opening the doors to treat a cohort of patients who are falling through the cracks in the healthcare system. Aside from this, the primary method for treating hypothyroidism (T4) may not be effective for everyone, as not all patients can convert T4 into T3 (18). For this reason levothyroxine monotherapy may be insufficient (18).

An option to provide T4, T3, and a lesser amount of other thyroid hormones is available in desiccated thyroid. According to one study, peripheral tissue function tests suggested that euthyroidism was more prevalent in patients randomized to a T4 + T3 combo, rather than T4 alone (19). Treating subclinical patients and using thyroid rather than levothyroxine monotherapy gives relief to a wider subset of patients experiencing thyroid-related complaints.

Sexual function declines with age in both men and women due primarily to hormonal changes. For women approaching menopause, vaginal atrophy, dryness, and dysperunia often accompanies it, making intimacy painful if not impossible, but these conditions are often treatable using hormone replacement.

According to a new 2022 meta analysis published in The Journal of North American Menopause Society, “…cBHT in the form of compounded vaginal androgen was found to significantly improve vaginal atrophy symptoms…this finding was supported by the association between compounded vaginal androgen and improved female sexual function scores (1).”  Another study conducted by the Intimate Nm1, concluded that testosterone patch had positive effects on female hyposexual desire disorder (300 mcg/day) by significantly increasing the number of episodes of sexually satisying experiences over the control group (20).

For men, testosterone replacement therapy can help address erectile dysfunction and decreased libido that accompanies androgen deficiency, and for most patients, it is a safe and effective treatment for testosterone deficiency (3).

Thyroid deficiency may also lead to sexual dysfunction in men. A study showed that scores for erectile dysfunction were worse in men with thyroid disease than in controls (21). These results suggest that treating an underlying thyroid disease could possibly benefit men suffering from ED.

Another study similarly showed that both hypothyroidism and hyperthyroidism could negatively affect ejaculation, causing delayed ejaculation in the former and premature ejaculation in the latter (22). For women, thyroid dysfunction was associated with impaired sexual desire, arousal/lubrication, pain during intercourse, orgasm, and overall loss of satisfaction (22). Conversely, correction to a euthyroid state was associated with a quick and dramatic resolution of sexual dysfunction in both male and female patients (22).

Improve Your Patient’s Health with BHRT

Bioidentical hormones have a wealth of benefits for patients that providers should consider. The benefits discussed above are intended to provide a high level summary. As you can see, hormones can positively impact every system of the human body, including the heart, skin, bones, sex organs, and brain, among others.

To learn more about the benefits of hormone replacement  for patients, please consider attending our Hormone Optimization Workshop Series. 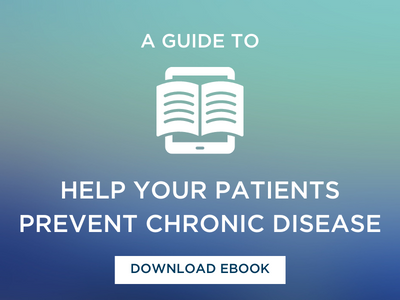 Patients are Sicker: Are there more effective treatments for chronic disease?

6 Important Qualities to Look For in Hormone Replacement Training