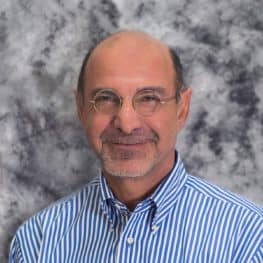 American Board of Anti-Aging and Regenerative Medicine

National Board of Medical Examiners

University of Cincinnati College of Medicine
Department of Orthopaedic Surgery

Dr.  Carrozzella was born in Philadelphia in 1956 and grew up in Wallingford CT.  There, he attended The Choate School in preparation for college.  He graduated from Yale University in 1978 with Honors in Molecular Bio-Physics and Biochemistry.  In 1982 Dr.  Carrozzella earned his MD from the University Of Cincinnati College Of Medicine.  At UC, he placed in the top 5% of his class and he achieved a distinguished status by earning the Alpha Omega Alpha Honor Society award in his junior year, one of only 10 students in a class of 200 to do so.  He was selected as the number one choice by the University of Cincinnati Residency in Orthopaedic Surgery, a significant accomplishment in a very competitive subspecialty field.  By placing in the top 5% of his Board Certification group, Dr.  Carrozzella again showed a superior medical aptitude.  In the final phase of his early training, he was selected as the very first fellow of what has become one of the premier Hand Surgery Training programs in United States, the Mary S Stern Fellowship in Hand and Micro-Surgery.

Dr.  Carrozzella was a practicing Orthopaedic Surgeon for more 25 years.  Since 2000, he has been located in the Tampa Bay-Orlando corridor.  For the last several years, he has focused on interests in nontraditional medical specialties such as Hormone Replacement, Sexual Health and Dysfunction, Non-surgical Cosmetics, Health and Wellness, Age Management and Integrative Medicine.  Over the years he has been a member of a number of medical associations which have included: the American Academy of Orthopaedic Surgeons, American Board of Orthopaedic Surgery, the American Society for Surgery of the Hand, and the American College of Surgeons.  In 2014 Dr.  Carrozzella became an Advanced Fellow of the American Academy of Anti-Aging and Aesthetic Medicine, a member of the International Society for Sexual Medicine and the International Society for the Study of Women’s Sexual Health.  In order to re-direct his career and to achieve the necessary expertise in his current fields of interest, Dr. Carrozzella completed several hundred hours of continuing education credits; In August 2016, Dr. Carrozzella was awarded a Master’s Degree in Metabolic and Nutritional Medicine from the University of South Florida; in 2013 he became a diplomat of the American Board of Anti-Aging and Regenerative Medicine and he carries a certificate in Sexual Medicine from the American Academy of Anti-aging Medicine and a Certificate in Advanced Endocrinology from the University of South Florida.  He is an expert in Platelet rich Plasma Procedures and is also a certified practitioner of the Vampire Face Lift, Breast Lift, Facial, O-shot and Priapus shot.

Dr.  Carrozzella currently practices in the Windermere / Bay Hill / Dr. Phillips section of Orlando, where he devotes his practice to serving the needs of patients with hormonal deficiencies, sexual dysfunction, nutritional imbalances, sexual dysfunction, incontinence, fibromyalgia autoimmune disorders and a variety of cosmetic needs as well.