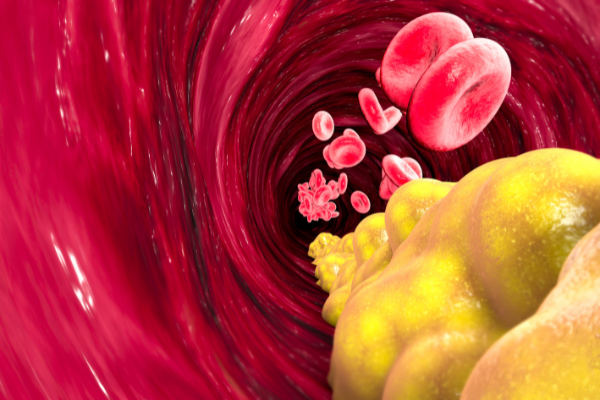 Statins have long been the gold standard for treating high cholesterol since 1987, over thirty years ago, when the first ever statin, lovastatin, was introduced for commercial use in the United States (1). One would think with the introduction of such a drug, we would see a precipitous drop in cardiovascular and related diseases, but we don’t see that. Even with reduced blood cholesterol levels, metabolic syndrome and its associated consequences like heart disease and diabetes continue to prevail. Diabetes is growing at an alarming rate, and heart disease is still the number one killer in the United States. If these statins are said to reduce one of the proclaimed major risk factors for heart disease, hypercholesterolemia, then why is heart disease still a problem?

Previously, we discussed how observation does not equate with causation. Just because someone has high blood cholesterol, doesn’t mean they will get heart disease. For decades, the dietary guidelines included restrictions on dietary cholesterol, but in 2013 both the American Heart Association and American College of Cardiology concluded that there is not enough evidence to support the fact that reducing cholesterol intake will lower LDL blood cholesterol, and subsequently removed dietary cholesterol restrictions from their recommendations (2). The 2015 dietary guidelines also refrained from making any cholesterol recommendations, even going so far as to say, “dietary cholesterol is not a nutrient of concern for overconsumption” (2). That is a powerful statement considering that cholesterol was villainized and blamed for causing heart disease and “clogging arteries” for decades. The ironic part about this is that cholesterol is naturally occurring in all unprocessed animal products. Eggs, cheese, butter, milk, meat, poultry, and fish all contain cholesterol, and yet these foods, on their own, are unrefined foods that our ancestors have been eating for centuries without issues. Cholesterol is also a component of every cell in the body, and allows us to make cell membranes, steroid and sex hormones, among a host of other important compounds. Simply put, we could not live without cholesterol.

So then, why did cholesterol get the blame? The history behind cholesterol’s dissent into infamy is a lengthy one, related to Ancel Keys, a prolific physiologist in the twentieth century who reshaped the way in which we view saturated fats and cholesterol after his famous “Seven Countries Study”. Unfortunately, many of Keys’ negative conclusions about cholesterol were based on observations and not interventional studies, along with the fact that certain observations were simply ignored. For example, the Danish, Norwegians, and French were eating high amounts of saturated fats and cholesterol and experienced very little heart disease, but this data was ignored. Similarly, in Chile, dietary fat intake was low, but heart disease rates were high; this too was given no explanation.

But as aforementioned, even in people with high blood LDL cholesterol levels, there is not always a clear connection with heart disease. So if dietary cholesterol doesn’t raise blood cholesterol and if low blood LDL levels do not necessarily reduce the risks of cardiovascular events as previously thought, then what does predict the rate of these events more reliably? Are the current protocols for treating high cholesterol harmful or helpful, and if they are harmful, what can be done to actually help patients?

Cholesterol is more complicated than LDL being “bad” and HDL being “good.” All LDL cholesterol is simply not the same. For example, some LDL is light and buoyant, and so deemed “Pattern A” LDL. The other smaller, denser LDL is called  “Pattern B” LDL (3).

The smaller, dense kind is much more likely to get stuck in the arteries, creating a blockage, whereas the light, fluffy type moves about freely throughout the artery without getting stuck. Dietary fat appears to raise pattern A, the “good” LDL, whereas sugars raise both triglycerides and pattern B, the small, dense cholesterol (3). But do standard lipid tests differentiate between the two types? No!

So yes, diet can raise cholesterol levels, but only a high carbohydrate diet is associated with raising the more atherogenic cholesterol type, not a diet high in fat or cholesterol (3).

Adding to this point, there are still other cholesterol types that are linked to heart disease and metabolic syndrome. The absolute value of these components are not always as important as their ratios. For example, it has been found that apoB, another type of lipoprotein that allows LDL into cells, may be more predictive of heart disease than LDL-cholesterol (LDL-C) levels (4). This is because LDL-C only measures the amount of LDL present in blood but apoB, in addition to measuring LDL-C, measures other potentially atherogenic lipoproteins, like VLDL and LPa (4). The traditional LDL-C test does not encompass these other potentially atherogenic lipoproteins (4).This could explain why many patients deemed as having low LDL-C levels still go on to have cardiac events or progression to atherosclerosis; they probably have other atherogenic lipoproteins that are elevated, even though their LDL-C is “normal” (4).

Adding to this, the American Heart Association and American College of Cardiology have recently cited a lack of evidence for the continued treatment goal of achieving a specific LDL-C target level, given this insight (4). We now see that the potential risk for CVD events is better reflected by total measures of circulating atherogenic particles (encompassed by ApoB) than by LDL-C alone (4).

Do Statins Help or Harm?

Interestingly, individuals who test poorly for this measurement are especially likely to have metabolic syndrome and show evidence for insulin resistance (4). And even more unsettling, those taking statins, the so-called “gold standard” for reducing cholesterol, were more likely to score poorly on this important measurement (4).

Perhaps, most importantly, the new measurement shows potential to identify those who would have otherwise been overlooked and falsely considered low risk for cardiac events due to their low LDL-C levels, an estimated 34% of the population (4)!

Lastly, statins are certainly not without risk. Along with their greater potential for worsening the apoB/LDL-C ratio, they also lead to a higher proportion of small, dense particle size, as statins work by depleting cholesterol within particles, making them smaller and denser (4). Although there may be less total cholesterol, the cholesterol remaining is the more noxious, pattern B kind. Not good.

Statins also have many side effects, such as decreasing sex hormone production, causing erectile dysfunction in men, causing muscle and joint problems, and even increasing the risk for type two diabetes (5). For example, one meta-analysis showed a whopping 44% increase in type two diabetes cases reported among patients using statins (5). Who wants to trade one serious disease for another? Ironically, type two diabetes worsens the very disease (atherosclerosis) that statins are trying to prevent or treat, so this really makes no sense at all.

Despite statins being known for reducing insulin sensitivity and/or increasing insulin resistance, it is still the “gold standard” for treating high cholesterol (6). This is alarming and disappointing, especially when the Hippocratic oath says, “First, do no harm.” Such an approach clearly flies in the face of that.